The city of Lancaster took a stance on medical marijuana. Lancaster city council passed a resolution unanimously Tuesday evening supporting two bills in the legislature. If passed, they would make medicinal marijuana legal in Pennsylvania. From council members who lost loved ones to illness to people in the community who’ve been fighting for the legalization of medical marijuana for years, there was a lot of emotion. Now that this resolution has passed, many say the city of Lancaster has a voice.

“We really need to pass this, this legislative season,” said Les Stark, from the Keystone Cannabis Coalition. The state senate is scheduled to vote on the bill on September 16th. Those who brought the resolution to city council hope the city’s stance makes a difference.

“It’s not just polls that show support for this. It’s gaining widespread recognition and it’s important for the legislators to understand this is what the people want,” said Erica McBride, from the Keystone Cannabis Coalition. City council members passed the resolution unanimously. Personal Experiences being the reason for votes.

“Both my parents passed away from cancer. Whether they would have had the opportunity to benefit from it, we’ll never know,” said council member, Pete Soto.

But even those who don’t have close ties to the issue say the drug could make a difference to others in the community.

“Small children, people with disabilities, everyday people who are suffering – if we can’t rally together around that issue then I’m not sure what issue it’s going to take to rally around,” said council member, James Reichenbach.

Nobody spoke out against the resolution. The initial resolution included the decriminalization of marijuana but council decided to just focus on the medical aspect. They may revisit that part in the future.

PHILADELPHIA (CBS) — Mayor Nutter today agreed to sign into law a bill that essentially decriminalizes possession of small amounts of marijuana.   But he says he’ll sign it only after City Council tweaks certain details of the measure.

The original bill, authored by councilman Jim Kenney, would have police issuing citations akin to a parking ticket for possession of one ounce of pot or less.

The Nutter administration and police officials had reservations about that approach.   Now, Kenney and the mayor have reached agreement on a compromise: the infraction would result in what’s called a “non-summary civil offense.”

Today Les and Erica from KCC attended a meet and greet with Tom Wolf and got to speak with him for the second time. They also got to speak with State Senator Judy Schwank and tell her about the Berks County Grange passing the Hemp Resolution. In addition they spoke with the Mayor of Reading along with several City Council Members. 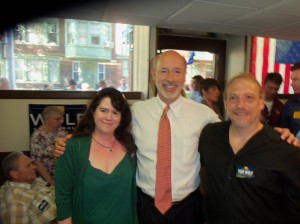 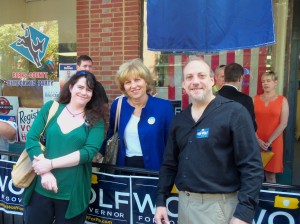 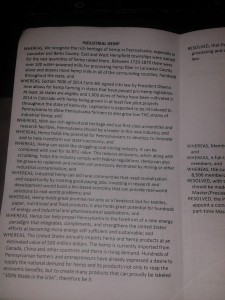 This was the program from last night’s Berks County Grange meeting where they considered our Industrial Hemp Resolution after it passed unanimously by the Bernville Grange. After a presentation from Les they moved to vote on it and it passed unanimously there too! Next month it moves on to the PA State Grange.

Full text of the resolution

WHEREAS, We recognize the rich heritage of hemp in Pennsylvania, especially in Lancaster and Berks County. East and West Hempfield townships were named for the vast quantities of hemp raised there. Between 1720-1870 there were over 100 water-powered mills for processing hemp fiber in Lancaster County alone and dozens more hemp mills in all of the surrounding counties, hundreds throughout the state.

WHEREAS, Section 7606 of 2014 Farm Bill signed into law by President Obama now allows for hemp farming in states that have passed pro-hemp legislation. At least 16 states are eligible and 1,600 acres of hemp have been cultivated in 2014 in Colorado with hemp being grown in at least five pilot projects throughout the state of Kentucky. Legislation is expected to be introduced to Pennsylvania to allow Pennsylvania farmers to also grow low THC strains of industrial hemp.

WHEREAS, With our rich agricultural heritage and our first class universities and research facilities, Pennsylvania should be a leader in this new industry.

WHEREAS, Hemp holds the potential for Pennsylvanians to develop; to innovate and to help transform our state’s economy.

WHEREAS, Hemp can assist the struggling coal mining industry. It can be combined with coal for its BTU value. This reduces emissions, which along with scrubbing, helps the industry comply with federal regulations. Hemp can also be grown to replenish and reclaim soil previously decimated by mining or other industrial contamination.

WHEREAS, Industrial hemp can aid rural communities that need revitalization and opportunity by creating good paying jobs. Investing in research and development would build a bio-based economy that can provide real-world solutions to real-world problems.

WHEREAS, Hemp holds great promise not only as a feedstock but for textiles, paper, nutritional and food products; it also holds great potential for hundreds of energy and industrial and pharmaceutical applications.

WHEREAS, Hemp can help propel Pennsylvania to the forefront of a new energy paradigm that integrates, compliments, and strengthens the United States’ efforts at becoming more energy self-sufficient and sustainable.

WHEREAS, The United States annually imports hemp and hemp products at an estimated value of 500 million dollars. The hemp is currently imported from Canada, China and other countries and there is rising demand. Hundreds of Pennsylvanian farmers and entrepreneurs have already expressed a desire to supply the national demand for hemp and its products not only to reap the economic benefits, but to create many products that can proudly be labeled “100% Made in the USA”.

RESOLVED, that Pennsylvania should pass legislation that allows the cultivation, processing and sale of industrial hemp to the fullest extent allowed by federal law.

The rally, hosted by the Keystone Cannabis Coalition, was held in Continental Square in Downtown York.

The group also heard from several guest speakers on how the legalization of medical marijuana could change the lives of people living with medical issues.

“It’s every single day and every single night; they never get a break,” said Les Stark with the Keystone Cannabis Coalition. “If they can get this medical cannabis medicine, they don’t know for certain that it will help and it may not help everybody, but we deserve that chance,” he said.

Senate Bill 1182 is likely to be voted on shortly after the General Assembly returns from summer recess on September 15th.