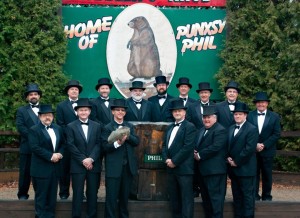 It’s Groundhog Day in Pennsylvania. It’s a tradition started at Gobbler’s Knob in Punxsutawney, Pa. in 1887 by a group of groundhog hunters who realized the furry creature could be used as a prognosticator the same way that the hedgehog was used in Germany, on the day of the ancient tradition of Candlemas.

On Candlemas Day, candles that would be needed for the winter were blessed and passed out. The length of the candles represented how long the winter would be. In Germany, they extended this tradition and used the hedgehog to determine the length of the winter. If the animal saw it’s shadow it would mean six more weeks of winter. If not, it meant an early spring. In Pennsylvania, groundhogs are all over the place, so they were adopted in place of the hedgehog. 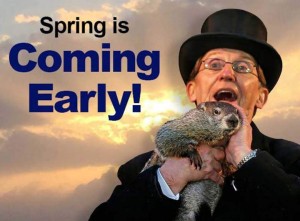 That’s great and all but there’s another groundhog prediction from a Berks County prognosticator who saw the shadow of reefer madness and predicts more stalling on the Pa. medical cannabis bill, SB3 and the Pa. hemp bills, SB50 and HB967. 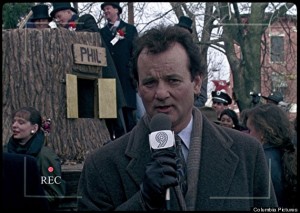 Did you ever see the movie with Bill Murray called Groundhog Day? You know, the one where he wakes up on Groundhog Day and is doomed to repeat that day forever until he gets it right. Yep. It’s Groundhog Day.

Every day is Groundhog Day in Pa. We keep waking up to this strange reality where our own government wages war against us over a simple plant of our ancestors called cannabis.

So we go through the day trying to do everything we can think of to end this war on the people. The government almost seems like they get it. We get bills advanced and passed in the state senate and we’re almost there and change seems like it’s just about to happen, the promise is always for tomorrow and then we go to sleep, wake up in the morning, and… it’s Groundhog Day again.

The stupid war of our obstinate “leaders” still persists. Farmers still can not grow hemp. Sick people still can not have access to medical cannabis. People are still being locked up for a plant.

In 1971, two off-duty cops went groundhog hunting in Hickory Twp., which is in northwestern Pa. During their hunt they came upon a field with rows of what they first thought was corn. As they got closer they realized that they had discovered a field of cannabis. The groundhog got away but the “sweet hemp” was cut down. In 1887 when the first groundhog day began no one was denied medical cannabis who needed it. Companies around the state grew cannabis and manufactured it into patent medicines. They advertised their medicine in the newspapers and sold it in every pharmacy throughout the state. Back in 1887 Pennsylvania government was still trying to promote the cultivation of hemp. On the first groundhog day, there were no laws against cannabis of any kind and just like today, cannabis was everywhere. 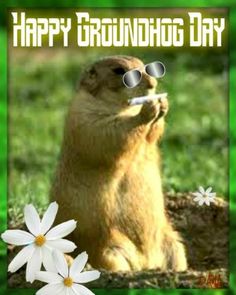 February 2, 1934 marked the first Groundhog Day the fuzzy animal emerged into the winter, saw the shadow of reefer madness that still stays with us to this day, 82 years later. “Marihuana” was banned in Pennsylvania by a bill introduced in March of 1933 by a Berks County freshman legislator named Chester A. Mohn. It passed on May 22 and went into effect on September 1 of 1933. Chester lost his bid for reelection but the law stuck with us ever since.

82 years later and here we are still waiting for the winter of war to be over. Prohibitionists in the Pa. House of Representatives still cast the shadow of reefer madness over the land. Patients are sick and dying without relief that medical cannabis can provide. Farmers still can not grow industrial hemp. Twenty thousand people a year are still being arrested for cannabis, many of them locked in prison.

We keep doing what we can do and the promises keep coming. Change is just around the corner. The groundhog sees no shadow. Go back to sleep. Tomorrow will bring change. Then we wake up. And it’s still Groundhog Day.

Join us at KCC as we work to dissipate the shadow of reefer madness and shine the light of truth to end the long winter of war.