Voting is perhaps the single most important thing you can do to further cannabis reform. We need as many friendly legislators as possible to reach our goals. As a service to our supporters we partnered with MPP to create a 2016 voting guide.

We had send out questionnaires to all the candidates to ask them about their position on both decriminalization and full legalization.  The voting guide indicates their responses as well as their voting record on medical cannabis. It is extremely disappointing how many candidates would not respond to the survey which indicates that they either did not deem the issue important enough or they were unwilling to go on record with their position.

The guide is split between the House and Senate races and is in order by district. If you do not know what district you are in you can find it here. 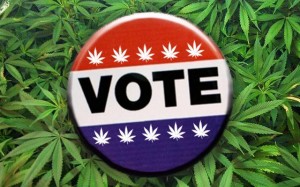 Remember, voting is not only our right, it is our civic duty! 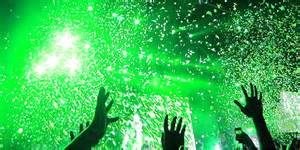 In about three weeks the cannabis reform movement is about to shake the foundations of the earth with resounding victories in five states.

Full legalization of cannabis is on the ballot and is expected to pass in California, Nevada, Arizona, Maine and Massachusetts. They will join Alaska, Washington, Oregon, Colorado and Washington D.C. as places where cannabis is perfectly legal.

I suggest a Northeast pivot. States that allow ballot initiatives are obvious targets of action but the states of Pennsylvania, New Jersey, Delaware and Maryland are the keys that will unlock the gates and cause the wall of national prohibition of cannabis to crumble faster than the Berlin Wall.

After the election our movement goes big time all over the country. With victories in Maine and Massachusetts it is likely that all of New England will go legal. Rhode Island and Connecticut are likely to legalize cannabis through their legislatures and Vermont and New Hampshire cannot hold out for long either.

The two states most likely to legalize cannabis in our neighborhood are New Jersey and Delaware. Chris Christie will be gone forever in January of 2018, just a bit over one year from now. Within one year of his departure there is a good chance that the legislature of New Jersey will legalize cannabis. 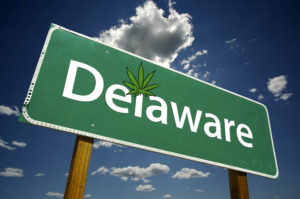 Delaware is a small state. They have already legalized medical cannabis and passed legislation for statewide decriminalization. They are primed and ready to legalize cannabis. A half million dollars pumped into the state could tip the balance easily. It would be easier to flip Delaware than almost any other state. A victory in this small state though would be HUGE.

Maryland is another state that is primed for legalization. They are so close to Washington D.C. that they can feel it. They have also passed both medical cannabis and statewide decriminalization. There is a great likelihood that within 1-3 years Maryland will also legalize recreational cannabis.

New York is different. They have a huge population and the state is large in size. New York will likely go last but we can completely surround them with legalization states and then they will be forced to change. Cannabis is already decriminalized in the state and they also have a weak medical cannabis law.

Now on to my favorite state, Pennsylvania.

Pennsylvania is the Keystone State. Take out the keystone and the whole thing collapses. Not only will Pennsylvania be influenced by legalization in New Jersey and Delaware but what we do here in this state can have a huge effect on what they do. 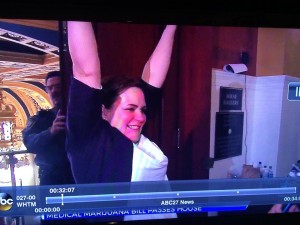 Pennsylvania has already legalized medical cannabis. In a bit over one year we will have at least 150 medical cannabis dispensaries and 25 grow operations. We have also legalized industrial hemp and over the next few years we expect thousands of acres to be grown throughout the state. PLUS, cannabis has been decriminalized in Philadelphia, Pittsburgh, Harrisburg and State College with discussions ongoing in Wilkes Barre, Lancaster, Scranton, Reading and other municipalities.

Governor Tom Wolf is calling on the state legislature to send him a bill to sign for statewide decriminalization of cannabis. When Pennsylvania decriminalizes cannabis that will be a huge signal for New Jersey and Delaware to go ahead and legalize.

Three million dollars or less, strategically placed, could tip all of these states in favor of legalization. In fact, I could see how we could put all of these states into the legalization column with less than a million dollars. That’s a bargain compared to how many millions of dollars were poured into the states that have so far legalized cannabis. 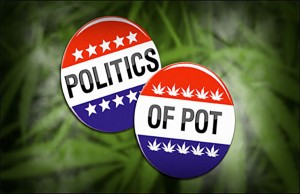 Keystone Cannabis Coalition played a big role in passing medical cannabis legislation and we are the ones who passed the industrial hemp legislation. Our involvements in both of these efforts have taught us a lot of valuable lessons on how to work within the legislative system.

Money should be given to grassroots organizations in New Jersey, Delaware and Pennsylvania. Hiring a few lobbyists in those states is essential as well. Revolution is coming to the Northeast and these states will be key. New England is going legal. Focus on these three key states will clinch the deal.

Put $50,000 into the coffers of KCC and we WILL get statewide decriminalization in Pennsylvania and thus set the stage for the final battle for full legalization. A few hundred thousand dollars strategically placed in Delaware and New Jersey will lead to full legalization victories there and put the pressure on Pennsylvania to legalize. 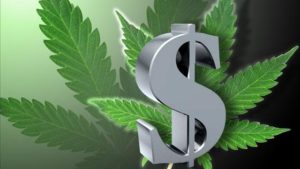 The Northeast market for cannabis is so huge that there are literally BILLIONS OF DOLLARS at stake. With so much at stake it should be plain to all to see the bargain of funding the movements in Pennsylvania, Delaware and New Jersey. Those are the three most important states to fund and strong consideration should be given to boosting the efforts in Maryland.

The election is just three weeks away. Prepare for serious victory and get ready for the fight in the great Northeast. We are looking for some big donors to help fund KCC but all donations great or small will help us. If you believe in our vision, our mission and our ability to get things done, please support our efforts to legalize cannabis in the Keystone State by making a generous donation to KCC today.