Fear and Loathing in the Cannabis Community 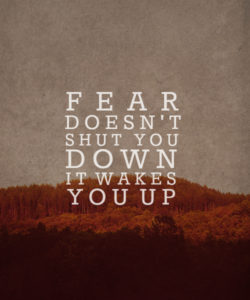 While it has been more years than I care to admit since I was a young woman who read Hunter Thompson’s Fear and Loathing in Las Vegas, the words Fear and Loathing have been rolling around my head for the last several days. This year’s presidential election has brought a whole lot of Fear and Loathing bubbling up from all sides. It truly seems that we have all fallen into our own echo chambers, been barraged with tabloid style fake news and left scratching our heads as to how we found ourselves in this state of disarray. Exactly when was it that we stopped talking to each other in any kind of meaningful and productive way? In many ways it no longer matters.

What is certain at this point, regardless of who you supported in this election or why, the election is over. Donald Trump is our President-Elect. Whether you love or hate him, for the cannabis community his victory does pose some major concerns. Mostly in regards to who he is surrounding himself with. 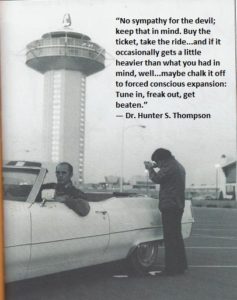 For our cause that would be the very disturbing appointment of Sen. Jeff Sessions, a staunch prohibitionist, as Attorney General. There is still some hope that he will not be confirmed, but that hope is sketchy at best. Cannabis reform up to now has not even been much of a talking point in this other than his being quoted as joking about the KKK being ok with him until he found out they smoked pot. This is mostly because of some legitimate concerns about his past racist remarks that prevented him from being confirmed as a federal judge 30 years ago. Most believe he will be confirmed relatively easily.

While I have some reassurances from sources that even if Sessions is confirmed recreational and medical cannabis states are not on the chopping block, at least not as a priority in the first 100 days, the danger is very real. No doubt the mere tone of the people currently surrounding our President-Elect will make our work for decriminalization much more difficult on both the local and state-wide levels. 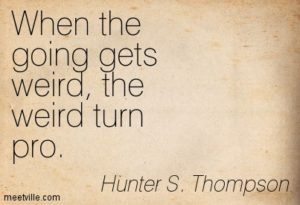 We no longer have the luxury of pointing fingers, casting blame or even worrying about who was right and who was wrong in their reasoning. We must face the reality of the current moment and figure out where we go from here – together.

The other thing we can be certain of is that the Cannabis Community and Culture is a diverse and beautiful slice of America. We come in all shapes, sizes, colors, genders religious backgrounds, economic brackets and sexual preferences. We come from both the Left and the Right.

We must be strong and we must be vigilant, but that strength must come from a place of Love. Truth in Love will always win in the end no matter how long the road or how difficult the struggle may be.

If we can find the grace to cast aside our fear and loathing for the other side and come together to support our cause, there just may be hope. Not only for cannabis consumers, but all of America.