Cannabis Reform and The Art of War 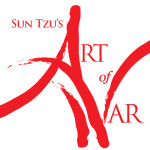 Written in the 6th century B.C., The Art of War remains the ultimate guide to combat strategy. Sun Tzu explains when and how to engage opponents in order to prevail in difficult situations. Instead of describing the logistics of warfare, he shows how to succeed by motivating and leveraging tactical advantages. In short, he explains how to win the battle of wits. This ancient text should be a must read for everyone in the cannabis reform movement. Let’s make no mistake about it, that is exactly what we are engaged in…war. A senseless war with far too many casualties already, a war that must come to an end.

We can even see from this text how we got here – how ‘they’ have been winning this war for the last 8 decades. This one line really sums it up simply and succinctly. “All warfare is based on deception.” We are all familiar with ‘Reefer Madness’ and the propaganda campaign that we all would think was hilarious in its ludicrousness had it not been so painfully effective. But as I’ve only recently come to realize, it wasn’t even as simple as that. In newspapers across the country there were countless articles warning about the dangers of marihuana. Attributing literally thousands of acts of murder and insanity to its use. They claimed using it a single time would end in irreversible insanity. In that light, you can almost understand the general public’s total fear. Without first hand experience to the contrary, of course they were going to believe the lies.

One of the main concepts in the Art of War is ‘Know Your Enemy’. This is where it is useful to understand why our fiercest opponents are so vehemently against what we all know to be common sense. We can see examples over and over again where people believe all kinds of things without ever understanding ‘why’ they ever believed it in the first place. In this scenario, we can see how this misconception came to be a widely held belief. It is almost forgivable considering the unrelenting misinformation being put out there. None of this truly explains the why the original people took on the crusade against cannabis in the first place. Although there are many theories out there, that is another discussion. Right now our focus is on where do we go from here.

If we look at the launch of the modern day war on drugs what we see is that it was actually more of a cultural war than a war on drugs. Older conservative people looked at the lifestyle of the ‘hippy’ with disgust and contempt. They felt that everything they stood for was destroying the moral fiber of the country. As I get older and watch clips from Woodstock, I can understand how huge crowds of young people rebelling against all social norms, promoting free love and embracing all kinds of drug use would be a little bit scary. We just watched a documentary last night about the seventies. While I was still too young to directly remember most of it, seeing the cults and out of control violence that permeated all of society gave me a new understanding of how the whole ‘Law and Order’ mindset came into full force in the 80’s. It seemed all too easy for them to use marijuana as the scapegoat and blame its use for the mess the country was facing.

With a deeper understanding of why the fear and opposition exists, we can use that understanding to change hearts and minds. That is what the mothers of the medical marijuana movement have been so successful at accomplishing. In Sun Tzu terms, that is becoming your enemy to understand and defeat them. Many, if not most, of the legislators are simply brainwashed and ignorant and never really had much cause or reason to investigate why they held their beliefs. In many ways they are victims of misinformation just like the rest of society has been. If we can meet them on their terms and educate them with facts many times that is all it takes for them to see the light and become reasonable.

Of course there will be those handful that aren’t simply ignorant, they are willfully ignorant. And for them there must be a different strategy.

All over the place we see countless ‘supporters’ who seemingly can do nothing but bitch and complain about the way things are, but have no idea what to do about it. It is safe to say that they are ‘the noise before defeat’. No matter what aspect of reform you advocate for, the first line of action always must be education. It is the simplest and most effective. We have to all show up when events are held. These events get press and help to educate the general public as well as the legislators. The press was instrumental in propagating the war, it is only right we now use it to our advantage.

For the willful ignorant, stronger measures are in order. Like the threatened sit-in to Gov. Corbett, the media campaign against Baker and Turzai or the civil disobedience in Philadelphia. All these tactics have merit and a time and place. But one thing is certain, screaming and yelling while basically doing nothing will never get us anywhere. It can actually be counter productive by reinforcing the stereotypes these ignorant people already hold. So that is why we all have to ‘become the enemy’ by dressing appropriately, speaking appropriately and most of all not being afraid to contact and speak to these people. They are not above us, they are not superior in any way but are just fellow human beings. But it is important to engage them in conversation because you cannot alleviate fear or clear up misunderstandings if you don’t know the mind of the person you are trying to persuade. And the MOST important thing all of us must do is pay attention and VOTE!

The Art of War teaches us that every battle is won before it is fought. So while many of us are already battle weary, we have to keep our chins up and know that ‘we have already won. We simply need to persevere, keep the pressure on and follow it through. Not just for any given battle, but until the entire war is over.