If you would have met me in the 70’s you would have labeled me the girl next door. In the 80’s you would have called me a rebellious teenager. The next two and a half decades brought a whole new set of labels: wife, mother, home owner, tax payer, secretary, book keeper, software support representative, computer programmer, business owner, administrative assistant, office manager.

When people met me I always just appeared to be your average, middle class All-American-Girl. I did manage to escape the label ‘soccer mom’ (my kids were into music and volleyball) but I did cave and accept the label ‘mini-van driver’.

But I have a confession to make. There is also another label. The one and only label that has been with me since 1985. I am a criminal.

That’s right, despite all appearances of living a good and productive life, despite raising two beautiful, loving and intelligent children and despite having only been unemployed a combined total of 8 months in 28 years – I am the one our government has warned you about. 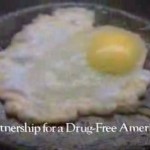 As a teenager in the 80’s there was no escaping the propaganda of the ‘Just Say No’ campaign. In the land of the After School Special and limited media choices I ‘learned’ what they wanted me to learn. I was terrified of marijuana. I thought it was the most evil thing ever. Who could forget: ‘This is your brain. This is your brain on drugs. Any Questions?’

If I would have been smart, I would indeed have had questions. But in my naiveté I believed the message. Believed that if the TV and First Lady were saying it, it must be true.

But when I was 15 and landed myself an 18 year old boyfriend, being cool and fitting in with older kids was more important than my fear. So I smoked my first joint….and I loved it.

After experiencing first hand how harmless marijuana was, how I much preferred hanging out with friends that were smoking rather than drinking and learned the bliss of Pink Floyd –  there was no other conclusion to come to except that the government was lying . In all my teenaged-know-it-all glory – I reasoned that if they lied about pot, they were probably lying about all the other drugs too.

So I ended up trying many more. There was a period of about two years where, yeah I had a lot of fun, but I became selfish, irresponsible and unproductive.  One time after a binge of what was popular in the 80’s, my heart started beating out of my chest and I thought I was going to die. After that I had the epiphany that I was ruining my life and I better get my shit together….fast. I never touched it again. And the point of this story is that if the government hadn’t lied to me about cannabis, they perhaps could have spared me a close call with self- destruction. The propaganda may have had a productive purpose in educating me on the drugs that do carry a real risk of addiction or death. Too many of my friends did not fare as well as I did.

But even as I matured and settled into adulthood and motherhood, I never gave up my love of marijuana. It relaxed me and simply made me happy. I don’t drink and I never saw any difference in relaxing this way than having a glass of wine. And far from making me the stoner on the couch in my parent’s basement with no life that I was told I would become, I lived a busy and productive life. So I was content to let how I lived my life speak for itself and leave the little tid bit of knowing I was a criminal to myself and those that shared the same secret.

Through the years , as I got older and as my kids got older, I became increasing more weary of having to live in fear. What would have happened to my kids if I would have ever gotten busted? Would I lose custody? Would other kids parents not let them play with mine? What if my girls did the same dumb shit I did because they aren’t being taught the truth? Would I lose my job? If at any time I would have gotten caught with weed,  my entire life and everything I worked so hard for would have gone up in a puff of smoke. I never hurt anyone, its ridiculous. But I kept my mouth shut.

Two years ago I came out of the cannabis closet after meeting a man on a mission. A man whose passion and integrity made me re-evaluate being content with the status quo. (I love you Les Stark!)

Fear is a funny thing. The way it permeates everything we do, often below the surface of our everyday awareness. It’s difficult to overcome. I mean I quietly smoked my weed practically daily for decades, why should I risk everything now?

I’ve second guessed myself a million times since I started on this particular journey. I’ve been attacked and threatened by my ex and I still do have an awful lot to lose. I’ve been accused of ‘just wanting to get high’. That’s laughable; I’ve been able to get high whenever I want for 30 years. That is not what this is about.

It’s about having to watch other mothers beg for the lives of their children – friends and family suffering with medical conditions – vets and others with PTSD dealing with the side effects of traditional pharmaceutical – people overdosing and dying with opioid and heroin use. And more recently I’ve had to see a teenager I love get arrested for a couple of roaches and paraphernalia after being pulled over for a magnet on his car. Its about farmers being allowed to grow hemp and all the economic and environmental benefits that go with it. 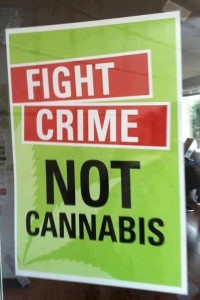 And yes, its even about my right to get high in the privacy of my own home and listen to Pink Floyd.

It is about so, so much. But at the end of the day it can be reduced to one profound word……freedom.

I am no longer ashamed of being a criminal. I’m ashamed of the system that labels me one.