In the afternoon of July 20, 2016, Governor Tom Wolf signed historic legislation into law that will serve as a first step towards bringing back a revival of the once great Pennsylvania hemp industry. 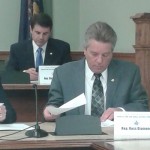 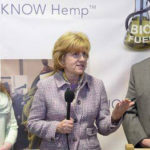 HB967 was a companion bill to legislation introduced into the state senate by State Senator Judy Schwank and cosponsored by State Senator Mike Folmer. That bill was known as SB50 and was passed in the senate 47-0 earlier this year.

No one in the state of Pennsylvania opposes farmers growing industrial hemp. Not even law enforcement opposes it. When the Senate and House Agricultural and Rural Affairs committees organized their joint hearing they sought to find people opposed to hemp who would voice concerns. They found no one opposed hemp in Pennsylvania. 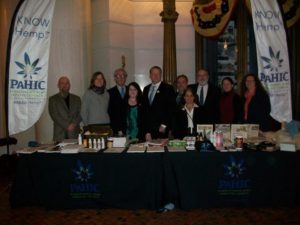 KCC played a key role in passing hemp legislation having made it our top priority. We worked closely within the Pennsylvania Hemp Industry Council to achieve our goals and walked the bills through every step from their introductions all the way up until final passage of Act 92.

The next step is the fun and exciting part. We get to actually build the Pennsylvania hemp industry from the ground up. We are very excited and will work to make Pennsylvania not just a participant but a world leader in the cultivation, manufacturing and marketing of hemp and hemp products. 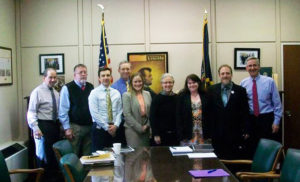 The Department of Agriculture is now tasked with writing rules and regulations for implementing the hemp program. Through Pennsylvania Hemp Industry Council we will work with the department to encourage them to take a bold approach and a broad interpretation of both Section 7606 of the federal farm bill and state law.

Pennsylvania has a rich history of hemp production. It was grown in the state for over 250 years, from 1681 until the 1940’s. Some anecdotal reports indicate that hemp was grown in some of the rural areas of the state until the 1960’s.

Kentucky is well known as the largest producer of hemp in the nation from the early 1800’s until the Civil War. What is less well known is that before Kentucky took the lead one of the most well-known hemp producing regions in the nation was centered in Lancaster and York counties and the entire surrounding region. 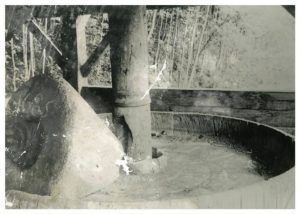 Between the years of 1720 to 1870 there were over 100 water-powered mills for processing hemp fiber in Lancaster County alone and dozens more hemp mills in all of the surrounding counties – hundreds throughout the state.

Hemp will be a win-win-win for Pennsylvania. It will help farmers by giving them another cash crop, help the environment and create jobs. Farmers interested in growing industrial hemp are encouraged to obtain memberships to the Pennsylvania Industrial Hemp Council. 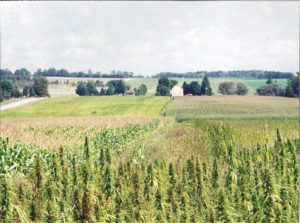 A new day is dawning in Pennsylvania and the opportunities abound to create a vibrant industry. We have a fascinating past with the hemp crop but the future is even more exciting.