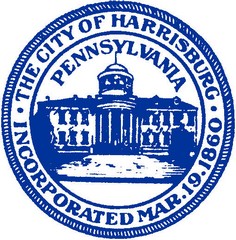 Harrisburg city is about ready to take a big leap forward. On Wednesday night, June 29, city council will vote on an ordinance that will reduce possession of up to an ounce of cannabis from a misdemeanor to a summary offense.

Keystone Cannabis Coalition enthusiastically supports the ordinance and urges a YES vote and a signature by Mayor Papenfuse.

Earlier this year KCC first heard of the proposal. Originally the mayor called for a fine of $100 for a first offense and $200 for a second offense. He proposed that a third offense be elevated back to a criminal misdemeanor and a $300 fine.

On February 11 of 2016 I attended the Harrisburg City Council meeting on behalf of KCC to applaud their decision to take on this important issue but to express strong opposition to the fines which we believed excessive, especially in light of the decrim ordinances passed in both Philadelphia and Pittsburgh which only impose a fine of $25 for each offense. We also opposed the third strike provision. Full text to my remarks can be seen here.

Our position was talked about in various media reports and we were effective in getting the word out about both what we liked about the bill and what we felt was wrong with it. The mayor was put on the defensive a bit, insisting on the higher, escalating fines and the third strike misdemeanor.

Originally the proposal was brought to Mayor Papenfuse by council president Wanda Williams. She had been present when Philadelphia passed their decriminalization ordinance and she proposed that the city of Harrisburg copy exactly what they did. She wanted a $25 fine for possession of up to an ounce of cannabis just like was passed in Philadelphia.

Mayor Papenfuse was warm to the proposal’s general sentiment but felt that because central Pennsylvania is more conservative the citizens may not accept a measure as progressive as Philadelphia’s ordinance. He also wanted to legislation appear to discourage the use of cannabis and did not want it to be seen as a green light to “smoke weed”.

The ordinance as initially proposed reflected Mayor Papenfuse’s concerns. Although the idea sprung from council president Wanda Williams the proposal was now being represented as the mayor’s.

The city announced that they were going to have a serious of meetings to take public input on the ordinance so on March 10, I again attended the council meeting to speak about both the support and concerns of KCC. The text of my remarks can be found here. 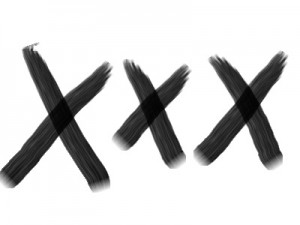 KCC members also stuck to the same theme and backed up our opposition to the high fines, the escalating penalties and the third strike provision. Council heard us loud and clear and again we were able to get our position out to the media. Our ideas caught on and at subsequent council public input sessions many echoed the exact same things that we talked about.

On May 19 Harrisburg City Council held a discussion on the decrim proposal and once again I and other members of KCC attended and spoke. The conversation lasted for nearly two hours. It was preceded by a fascinating conversation on the bill that council is working on for improving the citizen complaint process against police misconduct. That’s another subject worthy of lengthy discussion. Suffice it to say, Harrisburg City Council is on the right side of the people. Everything they do is going up against a powerful police union.

The conversation about the decrim bill was intense. It was philosophical, a debate of ideas, insightful and informative commentary, moments of humor, introspection, reflection, genuine depth and intricate discussion. They covered a lot of ground. I was absolutely proud of them.

The mayor did not want to relent on his plan for the higher fines and escalating penalties. He seemed frustrated that council didn’t agree with him. He thought that if they get their way then we might as well just legalize it, but he opposes legalization. He was willing to decriminalize it but only if the ordinance kept a slightly punitive aspect to it.

Council wanted more of a Philly model, which is exactly what KCC advocated for. The mayor seemed like he was having his arm twisted a little bit and seemed slightly frustrated. At the end of council meeting I provided all my written testimony from the three council meetings that I attended.

When the council meeting was over I was concerned. Council refused to take action on the mayor’s decrim bill. They stuck to their guns and advocated for lower fines, no escalating penalties and no third strike misdemeanor. I was so proud of them and congratulated them but I was worried that now we had successfully killed their attempts to pass a decriminalization ordinance. I was worried that Mayor Papenfuse would not budge from his position. 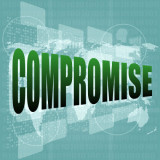 We were really pleased to learn that evidently council has worked out a compromise that is acceptable to all parties. They came up with a $75 fine for both first and second offense. Those who cannot afford $75 can pay it off with 10 hours of community service.

Council opposed elevating a third strike to a misdemeanor but the mayor was adamant about this provision. They worked out a slight compromise. A third offense is a misdemeanor but only if it is within five years of the first offense.

Another thing council decided to do is to make a distinction between simply possessing an ounce of cannabis and smoking it in the streets. Public smoking of cannabis will still be a summary offense but it will carry a $150 fine. This is to send the signal that the decriminalization of cannabis does not necessarily mean a free-for-all.

KCC would have liked for the fine to be $25 but we can live with $75 for the first two offenses. It’s a lot better than the $100 and $200 fines initially proposed by the mayor. As for the third strike misdemeanor, we can live with that because it will be the rare offender who gets arrested 3 times in 5 years. Also, we believe that within 5 years cannabis will be legal, taxed and regulated in the state.

Keystone Cannabis Coalition applauds the mayor and Harrisburg City Council for their willingness to listen to each other and to the ordinary citizens and KCC and to sit down at the table compromise and make changes to the proposal. We urge council to vote YES on Wednesday and we urge Mayor Papenfuse to sign it. 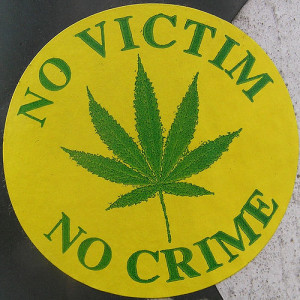 Obviously the answer is statewide decriminalization of cannabis and KCC strongly supports the legislation introduced by Representative Ed Gainey. It is called HB2076 and it proposes a MAXIMUM penalty of just $100 and reduces the penalties to a summary offense. Currently possession of cannabis in Pennsylvania is a misdemeanor and carries a max penalty of $500 and 30 days in jail.

If you are from Pennsylvania join our Facebook group page where you can keep up to date on everything going on in the reform movement and learn how YOU can participate in what we are doing. 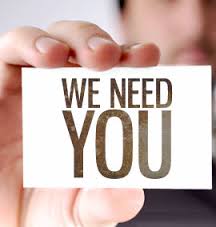 If you believe in what we are doing please make a generous donation today so that we can finally end the prohibition of cannabis and hemp once and for all.