The last week and a half has been downright historic for PA’s cannabis and hemp reform movement. Below is a recap of the most recent events. We’re finally seeing some real and tangible progress but we still have a lot of work to do. Now more than ever we have to unite to keep the momentum going! 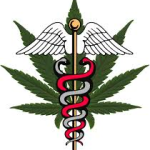 SB3 Passes Senate by an overwhelming 40-7 vote! It was amended in a way that actually improved it rather than degraded it further. While it still falls short of the comprehensive bill we have all advocated for that would help all patients, the senate is to be commended for listening to their constituents, fighting hard to get the best bill through that they could and giving this issue the attention and consideration it deserves. 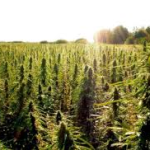 May 13th was also historic with joint hearings between the house and senate to consider the industrial hemp bills SB50 and HB967. It is very rare to have this type of bicameral hearing. Another thing they have done right is getting the Department of Agriculture involved in the beginning. This is way government is supposed to work with both chambers and relevant departments coming together to consider legislation for the benefit of the state. While there are huge differences between approaches between the house and senate bills, there was excellent testimony presented that hopefully helps the legislators figure out the best possible way forward and gives them the resolve to commit the resources that will be needed to invest in the future of this promising industry. 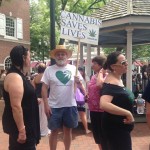 KCC hosted its first rally of the season in May 16th in Lancaster square. It was a fun and informative day with lots of passionate speakers and a wonderful crowd coming together to show solidarity.

The importance of compassionate use prompted Governor Wolf to host a round table discussion. On medical cannabis. KCC was honored to attend this event and we are so proud of Campaign for Compassion and their tireless efforts to move this issue forward. 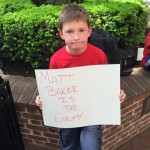 One man now stands in the way of SB 3 coming to a house vote. All are encouraged to contact their state representative and ask them to demand a vote. Rep. Baker has the right to vote his conscious, he does not have the right to stop the rest of the house from casting their vote. 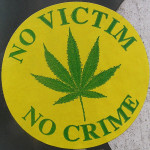 Wolf comes out in support of decriminalization

Our current situation also brings to light the urgent need for statewide decriminalization! This is where KCC as an organization plans to focus our attention next. It is especially critical to protect patients while we wait for a workable medical bill which not only needs to pass but needs to be implemented as well. While candidate Tom Wolf expressed support for decriminalization, now Governor Wolf is on the record in favor of decrim.

KCC’s Les Stark and Erica McBride had the opportunity to talk about all aspects of reform on a local tv program.

Don’t forget our next event, the Building with Hempcrete Workshop, coming up on June 6th in Robesonia. Hope to see you all there!