Marijuana Decriminalization – What About The Children?

In my last few blogs a recurring theme has been overcoming fear and last night proved another opportunity for me to do that.

In conjunction with Deb Guy from Lancaster NORML, Les and I went to a Lancaster city council meeting to present them with a proposed ordinance for decriminalization, for reducing possession of small amounts of marijuana to a summary offense similar to what Philadelphia has done. I wrote a resolution based on their model and modified it to reflect the crime statistics and monetary savings specific to Lancaster. As fate would have it, when we arrived there was a large group of kids there, a track team that was receiving a special recognition from council for their performance in the Junior Olympics.

What are the odds of that?!? My first thought was, Oh good Lord, this is awkward! I could see the headlines rolling across my eyes, “Advocates push for pot in front of a crowd of innocent school kids”. Even though I wasn’t going to be the one directly addressing council, every fiber of my being wanted to abandon the mission and just come back another day. I wondered how the message would be received in that context. I feared all eyes would spew condemnation for broaching such a topic in front of kids. After all, how many times have we heard the argument with decriminalization or legalization, what message are we sending the children? Luckily, after their presentation the kids all left before it was time to present the ordinance so my fear left with them. But it did make me think and solidify my position as both an activist and mother.

And as a mother I maintain it is absolutely the right thing to do. 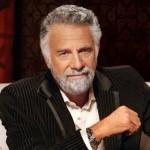 I am constantly dumbfounded by the hypocrisy of those that are pushing for privatization of alcohol and increasing accessibility while acting liking cannabis is evil incarnate. Granted, my views on alcohol are a little bit jaded having lived with two alcoholics. I’ve seen firsthand its devastating effects and how it tears families apart all while being perfectly legal. Alcohol is glorified all the time. I mean come on, how can it be anything but great when the most interesting man in the world takes time away from busy schedule to promote it. I remember distinctly how disgusted I was the first time I went to the grocery store with my young daughter and had to parade her by mountainous stacks of six packs just to get to the milk and bread. Apparently that is ok, but god forbid your child sees a blunt or a bowl laying around, you’d have CPS knocking on your door in a New York minute.

After the council meeting the mayor shared how in his life as a defense attorney he dealt with thousands of cases of crime and violence associated with alcohol use…. and never a single one related to marijuana. Ya know, just like there has never been a case of someone overdosing and dying from cannabis use. The same certainly cannot be said about alcohol. Yet it is in your face everywhere you turn and all these ‘righteous’ politicians that scorn marijuana just don’t see a problem with that.

Not that I want to see alcohol prohibition return, I don’t. I just want these politicians to acknowledge their hypocrisy. As a parent it is my job to educate my children about the dangers of alcohol abuse. Likewise it is my job to educate them about responsible cannabis use. Sadly, until these archaic laws change, that education has to include – don’t get caught. To be perfectly honest, I’ve told both my teenage daughters flat out, while I would prefer to keep you locked up and safe at home, I’m not naïve and kids like to party. That being said I prefer you to hang out with your friends, get high and play video games or DND then to drink. If I catch you drinking underage you will be grounded for the rest of your life. If I catch you smoking you will also be grounded, but for more like two weeks. An unorthodox message to give your kids, perhaps, but one I wholeheartedly believe in.

Those kids at the meeting last night had hopes for a bright future. Plans for continuing with track and plans for college. I do not want to see a single one of those kids lose their opportunities for a good life and future just because one of them might be unfortunate enough to get passed a joint at a party and get caught. What a waste of potential that would be.

Whether young or old, smoking pot does not make you a criminal or a bad person. Just like drinking a beer or a glass of wine does not make you one. So what message are we sending our children when we advocate for decriminalization or full legalization along with education and teaching responsibility?

The message is clear.

We love you and want you to have a bright future.