Matt Baker – Who does he think he is?

As I sat down trying to figure out what I wanted to talk about I really struggled because there is so much going on. We truly are smack dab in the middle of historic times. As we stand right now, just in this past week, there are many things to be excited and encouraged about while there are other things that we should be downright outraged about.

As most of you probably already know, SB3 passed out of the senate this week with an overwhelming 40-7 vote. It was amended in a way that actually improved it rather than degraded it further. While it still falls short of the comprehensive bill we have all advocated for that would help all patients, and even if it passes as is there would be a lot of work to do to make it a workable bill, the senate is to be commended for listening to their constituents, fighting hard to get the best bill through that they could and giving this issue the attention and consideration it deserves. But now, like a bucket of cold water or a huge slap in the face, the bill has now been referred to the house health committee which is chaired by our worse opponent, Matt Baker. He knows nothing but how to spew reefer madness and is apparently stuck in the dark ages clinging to what 40 years ago passed as ‘science’. And this for me is where the outrage comes in.

How is it that we find ourselves in a position where one man, one representative from an extremely sparsely populated county holds the power to block movement of a bill that has 88% public support, overwhelmingly passed the senate and has full support of the governor? Who the hell does he think he is?? State Representatives are supposed to represent their district, not hold what equates to veto power over any bill that lands in their committee. That is not his job. He staged three hearings on the subject in which he stacked the deck ridiculously against the issue. That failing to persuade logical intelligent people that he is right, he’s reverting to his fall back plan to do nothing and just let it die. He even had the audacity to state in the media his disappointment in the senate and that he will not move the bill to a vote. Of course it’s a ridiculous notion, but even if it were true that ALL 12% of those that do not support medical cannabis lived in his district and he was honestly representing them, he should have ONE VOTE, just like every other rep in the state. By all accounts the people in Tioga and Bradford counties love this guy, I have to wonder if they truly understand that they have effectively saddled the entire state with a would be dictator. This blatant abuse of power and mockery of the system simply cannot be allowed to stand.

So while I know how tedius and maddening following politics can be our current situation does serve to highlight how critically important it is to pay attention and get involved. We all MUST be aware of our local politicians. We must know where they stand and be engaged enough to work towards getting these hindrances to moving our state forward out of office. Its easy to think that a single vote doesn’t matter. But EVERY vote matters especially in local elections. While Baker is not up again until 2017 we have to start now to plan how we are going to educate those in his district and make sure they see the bigger picture and understand how he is hurting people despite whatever perceived good he is able to make his constituents believe he is doing for him.

Statewide we have to start banding together and getting behind candidates that support our cause. Sometimes that may mean abandoning our own political ideals and voting across party lines. It may seem counter intuitive to vote based soley on a single issue but, if we truly want this and don’t want to just keep talking about how we want it for many more years to come, this is what we have to do. With this issue lives are literally at stake and that is worth setting ideals aside and pledging our votes to those that will actually help us get things done. If there in anyone who is not registered to vote, PLEASE go register now.  Voting is not only your right, it is your duty. If every single person that supports cannabis reform were to place their votes to reflect that, we would be an unstoppable political force, and that is our goal. To make these people pay attention and know that if they attempt to thwart the will of the people, we will no longer be apathetic about it, but we will indeed do everything in our power to make sure they get fired. 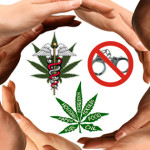 Our current situation also brings to light the urgent need for statewide decriminalization! This is where KCC as an organization plans to focus our attention next. It is especially critical to protect patients while we wait for a workable medical bill which not only needs to pass but needs to be implemented as well.

Now is the time, more than ever, to ban together. We have about a year and a half to get this done before the current session ends so there is no time to waste.