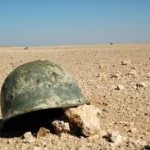 Brian N. grew up in a small town in York County, PA. He joined the Army reserves at 17 years old which kept him out of the Cannabis Scene. He felt this was a good thing as it kept him from getting into trouble with law enforcement.

Brian later accepted a position through the Army. This would move him and his family to Rhode Island. Rhode Island is one of 23 states that have medical cannabis. Moving there opened his eyes and heart to how the use of medical cannabis can help a wide variety of ailments. He was motivated to start learning everything possible about its many benefits. He became a licensed caregiver for a man with Crohn’s Disease. 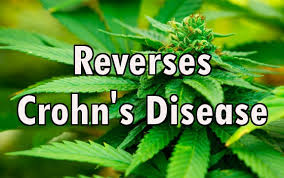 Crohn’s disease is one of many conditions where cannabis therapy has resulted in many success stories. Timna Naftali, MD, Specialist in Gastroenterology at Meir Hospital and Kupat Holim Clinic (Israel), et al., stated the following in their Oct. 2013 study titled “Cannabis Induces a Clinical Response in Patients with Crohn’s Disease: A Prospective Placebo-Controlled Study,” published in Clinical Gastroenterology and Hepatology:

“BACKGROUND & AIMS: […]We performed a prospective trial to determine whether cannabis can induce remission in patients with Crohn’s disease.

METHODS: We studied 21 patients… with Crohn’s Disease Activity Index (CDAI) scores greater than 200 who did not respond to therapy with steroids, immunomodulators, or anti-tumor necrosis factor-alpha agents. Patients were assigned randomly to groups given cannabis, twice daily, in the form of cigarettes containing 115 mg of delta 9-tetrahydrocannabinol (THC) or placebo containing cannabis flowers from which the THC had been extracted. Disease activity and laboratory tests were assessed during 8 weeks of treatment and 2 weeks thereafter.

CONCLUSIONS: Although the primary end point of the study (induction of remission) was not achieved, a short course (8 weeks) of THC-rich cannabis produced significant clinical, steroid-free benefits to 10 of 11 patients with active Crohn’s disease, compared with placebo, without side effects.”

PTSD is another well-known condition that shows remarkable improvement with medical cannabis. Sadly, Brian could not become a patient because of the random drug test that the Army performed. Instead he was prescribed, as too many of our veterans are, numerous drugs to handle his Anxiety and PTSD that had terrible side effects and never truly worked. It is truly disheartening that these veterans that have served our county are denied this medicine and in turn a much better quality of life.

Recently Brian’s mother was diagnosed with Stage III Multiple Myeloma. This has hit him in the worst possible way. He want to be a part of the change needed so she can receive care without the fear of her liver quitting or being arrested. Yet despite serving his country for 13 years, despite visiting Iraq and Afghanistan. he has a fear the Army will find out about his advocacy and try to “muscle me out”. Although he still feels the need for some anonymity, he states. “The time is now for us to change these laws and provide care to those who need it, no matter the repercussions I will face.”

At last week’s hearing on SB3, PA’s mmj senate bill, Dr. Bruce MacLeod cited the oath physicians take to “do no harm” yet he failed to outline what this ‘harm’ may be from cannabis use. Senator Judy Schwank even specifically asked him if he’s been following the other states that have already passed mmj laws, asked him if the sky has fallen and if he knows something we don’t know about the potential ‘harm’ There was no answer. We ascertain that withholding this medicine IS doing harm. And it will be he who is ‘judged harshly by history’ by stubbornly refusing to look at the many peer reviewed studies available that clearly show cannabis as safe and effective medicine.