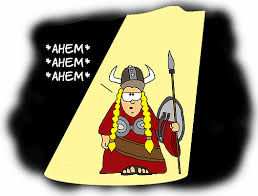 It is an exciting time in Pennsylvania and there is reason for hope but Keystone Cannabis Coalition is doing minimal celebration. Frankly, there is just too much work to do. Our battle is not over. In fact, it is just beginning.

There is good news. We all know that medical cannabis legislation has passed in the Pa. house of representatives. It is now up to the senate to concur. They have some concerns and are pouring over the bill. If they change it then it must go back to the house where it may die, or change yet again. If they concur it will be sent on to Governor Wolf, who will sign it.

Will the senate concur? Right now we don’t know and we won’t know until next month. Speculation is that they will. What then?

It may take them two years to fully implement the medical cannabis program, some have speculated longer while others have hopes that it can be done much quicker.

After the bill is passed we are going to see people come out of the woodwork all over the place anxious to get involved and make this happen. It will be a lot of work to sort things out but within a couple years we will start to see medical cannabis dispensaries. Over the next few years limitations in the program and deficiencies will be worked through and ironed out.

Another sign of hope – the Pennsylvania state senate passed industrial hemp legislation sponsored by state senators Judy Schwank and Mike Folmer. SB50 passed the senate unanimously, 49-0. The house of representatives will now take up their own version of the hemp bill next month. The house bill was introduced by Representative Russ Diamond . It is expected to pass overwhelmingly with quick concurrence in the senate and signed into law by Governor Wolf next month. If everything goes well, Pennsylvania will have the first seeds in the ground this spring!

Industrial hemp is just common sense. If we can get at least one plot going this year we will expand it the next year and the next until Pennsylvania is recognized as a world leader in the research, cultivation, manufacture and marketing of hemp and hemp products. Hemp is a potential billion dollar crop in Pennsylvania and I have no doubt that we will meet that potential.

In addition, cannabis reformers have taken heart that both Philadelphia and Pittsburgh have decriminalized cannabis. Now, the city of Harrisburg seems poised to follow suit, though they are planning to have higher fines than the previous two cities. KCC has recommended that penalties in Harrisburg do not exceed those in Philadelphia and Pittsburgh and some council members are receptive to lower fines and elimination of the third strike proposal.

In addition, the city of Wilkes Barre has decriminalized cannabis paraphernalia and the city council is looking to decriminalize up to an ounce of cannabis next. Lancaster City Council is also looking at the issue of decriminalization. The Mayor is supportive as is council and the Lancaster city police chief has vowed to remain neutral with an open mind. Preliminary work is being done in Reading to begin the conversation on decrim. There are some at work on the same goal in Scranton. 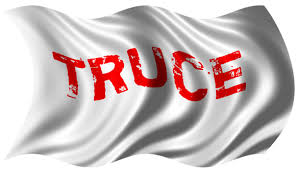 Decriminalization is not perfect. It is a temporary truce in the war while Pennsylvania figures out the proper way to regulate cannabis in a way that meets the specific needs of our citizens. Ultimately, what we need is FULL LEGALIZATION OF CANNABIS AND HEMP.

People MUST realize, there is a WAR being waged on the people of Pennsylvania over a plant that is perfectly legal in Colorado, Oregon, Washington, Alaska and Washington D.C. This November it will most likely be legalized in California, Massachusetts, Arizona and Nevada. Vermont may also legalize cannabis through the legislative process.

Since November of 2012 when Colorado and Washington states voted to legalize cannabis somewhere in the neighborhood of 75,000 people have been arrested for sales, cultivation or possession of cannabis in Pennsylvania. We have spent over 300 million dollars to arrest, prosecute and in many cases, incarcerate them. We have given up at least 600 million dollars in tax revenue that could have been collected had it been legal. That’s an impact of close to a billion dollars over just the last three and a quarter years and it’s probably a conservative estimate.

This madness MUST end! Pennsylvania MUST relent on their futile and destructive war immediately and relinquish the reefer madness approach to cannabis policy that has dominated our state politics since 1933. 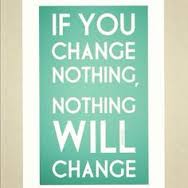 NOTHING WILL CHANGE WITHOUT YOU!

Unless people get involved and fight for change we will FAIL and Pennsylvania will be doomed to live decades behind the more enlightened states. You should not want that to happen. You should want to do EVERYTHING YOU POSSIBLY CAN to not let that happen!

Keystone Cannabis Coalition is in the fight. We need EVERYONE to join with us as we rise up and speak truth to power – We are not criminals. We are good people. We demand that you end the war against us! We demand that you END CANNABIS PROHIBITION NOW!

Pennsylvania is the Keystone State. Take out the keystone and the whole structure of the war will crumble faster than the Berlin Wall.

Stay tuned. There will be many ways for you to participate in the greatest struggle for human justice and freedom of our time.