The last two year legislative session saw the Pennsylvania General Assembly occupied with considering and passing industrial hemp and medical cannabis legislation. They had a lot on their plate and passing those two pieces of legislation was considered near historic and near miraculous.

Republicans and Democrats came together in a bipartisan manner to pass these landmark bills that will ultimately prove good for the people of Pennsylvania.

Now the Pa. Legislature is being asked to come together once again for the good of the people and remove the threat of jail for simple possession of cannabis.

The current max penalty on the books for possession of up to an ounce of cannabis is 30 days in jail and a $500 fine. Opponents of reform claim that nobody gets the max penalty anymore and that people do not go to jail for “pot”. Yet that is the penalty on the books – you could get 30 days in jail in the state of Pennsylvania for having a joint! Well, unless you live in Harrisburg or State College, or Pittsburgh or Philadelphia, or maybe soon in Reading, West York and Wilkes Barre where they have all enacted cannabis decriminalization ordinances or are currently considering them.

Legislation has been introduced by Rep. Ed Gainey that removes the threat of jail, changes possession of up to 30 grams of cannabis from a criminal misdemeanor to a summary offense, removes the threat of losing one’s driver’s license and fixes a maximum penalty of $100. The bill is called HB195 and it is supported by all cannabis reform organizations in the state.

In addition to Rep. Gainey’s bill in the Pa. House of Representatives, State Senator Daylin Leach has introduced a bill for full legalization of cannabis in the Pa. Senate and that bill is called SB213.

Rep. Jordan Harris is expected to reintroduce a bill for full legalization in the Pa. House and another decriminalization bill is expected to be introduced by Rep. Barry Jozwiak. The cannabis reform community supports Gainey’s bill over Jozwiak’s but if his bill were to pass it would still be a positive step in the right direction. 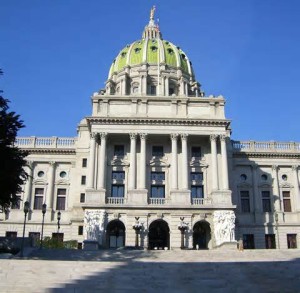 The rally will be held at 11:30 in the Main Rotunda of the State Capitol building in Harrisburg, Pennsylvania. It is free and the public is invited to attend.

This will be the BIG opening announcement of the campaign to reform the archaic laws of Pennsylvania regarding cannabis. We will be joined by Rep. Ed Gainey, Rep. Mark Rozzi and many prominent members of the community and top activists. There will be a surprise celebrity guest and we are waiting confirmation on several other legislators.

Several hundred people are expected to attend and the word is going out calling for ONE THOUSAND PEOPLE to come to Harrisburg and demand our rights and some common sense for once.

Keystone Cannabis Coalition is proud to be a part of this historic event and this great movement. We are especially thrilled to work together in unison with all the other great reform organizations in the state. We know that together we are stronger. We are like individual strands of hemp that when wound together form an unbreakable cord. 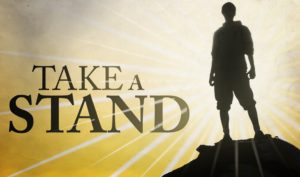 We hope to see you there in Harrisburg on 4/19. You may have gone your whole life wishing that you could make a difference. Now is your chance. Come stand with us as we take a stand for freedom and common sense.