Walking Pennsylvania Through the Steps 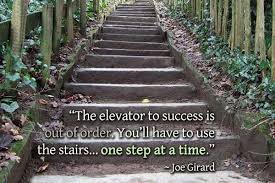 The Pennsylvania General Assembly is a stubborn lot. Many parts of the state are rural. Often times, only a small percentage of people bother to vote. Those that do vote on a regular and consistent basis tend to be older and extremely ideological and very strict religious conservatives. The politicians of those districts run on platforms that appeal to that hardcore group and consider them their core constituents. Often times the politicians are not merely representing that constituency but arose from it and are truly a part of that culture.

Pennsylvania as I always knew it, always had a large constituency of “law and order” types. Yes, the residue of the Revolution still lingers in the air here and there is also a strong libertarian streak, but long before the 500% increase in prison population here people were angrily clamoring for the jails. After a brief liberal period it was collectively decided that the state needed to start rounding up all the bad guys and putting them in prison.

Those die hard conservatives fiercely against big government, failed programs and excessive taxation and government spending gladly paid their taxes for prisons and considered it money well spent. They were mad that the government wasn’t doing more. Out of all the criminals and bad people though, most hated was the long haired, rock and roll stoner and all who smoked the dirty hippy weed.

That’s why so many of our governors were prosecutors. Off the top of my head, Ridge, Rendell and Corbett were all prosecutors. Wasn’t Thornburgh too? Any way, the point is, if your specialty was putting people in prison then the people of Pa. wanted to make you governor, seeing no one else as deserving. They wanted “strong leaders” who weren’t going to take any liberal crap and put all the criminals, and, this whole counter-culture behind bars and away from society. They thought they could do it too. They thought that they could eliminate all pot and the people who do it. They set out to wage war on the stoners and did so with the fervent fever of Nazi storm troopers.

Times were changing all over the place but one thing did not change much. The thing that partly stayed the same to this very day is that mostly a small hardcore group of law and order, culture warriors and religious conservatives are the main constituency in many districts because they can always be relied upon to vote. For a long, long time these are the only people that our politicians have heard from. They were right to assume that the public wanted to be ruled with a heavy hand.

So far, there have been no scientific polls that indicate a majority of Pennsylvanians support full legalization. The highest poll put support at 49% while other polls show 35% support or less. The general public of Pennsylvania clearly needs to be educated on the merits of a legal, taxed and regulated market for cannabis.

Two years ago, state senator Daylin Leach introduced landmark legislation for full legalization of cannabis. It was called SB 528. It was assigned to committee and died there with no action whatsoever, not so much as a hearing.

Meanwhile, public support for medical cannabis has hovered over 80% in this state for years. Medical cannabis legislation was first introduced into the General Assembly in 2009, making this the sixth year of fighting for something that almost EVERYONE supports!

We support full legalization. We must be realistic though and honest. We see no path to legalization in Pennsylvania. At least, no way to win this year or even next year.

We are forced therefore to face and confront the stark political reality and achieve what we can. Politics is partly the art of the possible. We see where victories ARE attainable, and, more importantly, we do see the path to full legalization and we think we can bring Pennsylvania on board by 2017 or 2018. 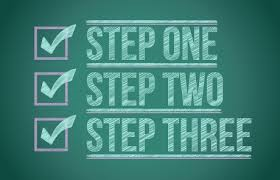 It is no secret that we were strong supporters of the gubernatorial campaign of John Hanger. We were sold on John’s pragmatic three-step plan to end cannabis prohibition in Pennsylvania by 2017.

John’s plan called for the immediate legalization of medical cannabis, and he wanted the strongest possible law possible that would benefit the most people possible.

For step two, he also called for the immediate or quickest passage of statewide decriminalization of cannabis.

For step three, he promised that after a two year experiment in the state with decriminalization, and after evaluating the results of states with full legalization such as Colorado, Washington, and now Oregon, Alaska and Washington D.C., he would take us in the direction of full legalization.

It made sense to us. We saw that victory with medical cannabis is possible and realized the benefit to many thousands of Pennsylvanians who needed relief and could not wait for us to completely end the war. We threw as much support as we could towards medical cannabis and now we are at the point where it seems that some sort of victory there is inevitable and imminent.

Of course, we supported Tom Wolf for governor of Pennsylvania once John Hanger dropped out of the race, threw his support to Wolf who then strongly adopted the first two steps of Hanger’s plan and then made him his top policy advisor.

To Hanger’s plan, we added another micro-step. That is, the legalization of industrial hemp. Here is another bill that we believe victory is possible. There seems to be very little opposition so far to our hemp bill. Again, why should farmers have to wait until the war is over to start growing hemp? They should not, and we are going to help kick start an enormous industry. We are proud to be bringing hemp back to the Keystone State.

We expect medical cannabis to pass in some form this year. We expect the Industrial Hemp Act to be passed within a year and hope to get seeds in the ground by spring of 2016.

We can’t say for sure though how long it will take to get statewide decriminalization. Most polls show support over 60% for decrim but look how hard it is to pass medical cannabis with 85%. We know decrim will be a fight. But, Governor Wolf supports it and has promised to sign a bill if it makes it to his desk. We are waiting for a proper decrim bill to be introduced and will support that effort, but can not say for sure how long it will take. I think maybe we can get it done within two years. Part of me is skeptical that it can be done in this current two year legislative cycle but part of me is sensing by the end of next year.

It will be important to get statewide decrim as quickly as possible because we believe that the state will need to go through a possible two year incubation period with medical cannabis, industrial hemp and decrim before they are ready to abandon the war and embrace a better model of legalization that includes home grow. 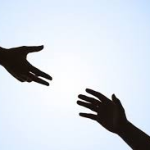 In Pennsylvania we have to take the people by the hand and lead them through the steps. Our legislators will go along as they see that the people and their constituents are willing to take these steps.

Decriminalization is not perfect. It is not a final solution. We view decriminalization as a partial truce as we negotiate the details for a fully legalized cannabis market. If no action on statewide decriminalization has taken place by 2017 then we will abandon calls for decrim and demand full legalization. We know it’s going to take a few years but we certainly are not going to wait forever.

In conclusion, full legalization is not currently possible in Pennsylvania but medical cannabis is a near certainty, industrial hemp is very likely and statewide decriminalization may find enough support to win, after a sustained fight. We firmly believe that each of these steps are necessary to achieve the ultimate goal of ending the cruel, insane and immoral prohibition of cannabis and we will work hard on each of these points as we take Pennsylvania by the hand and lead them through the steps. 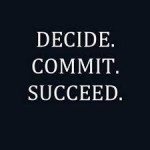 Stay tuned and you will learn of our methods and strategies for achieving this much needed change. You are invited to join us and be a part of this great unfolding drama of history.